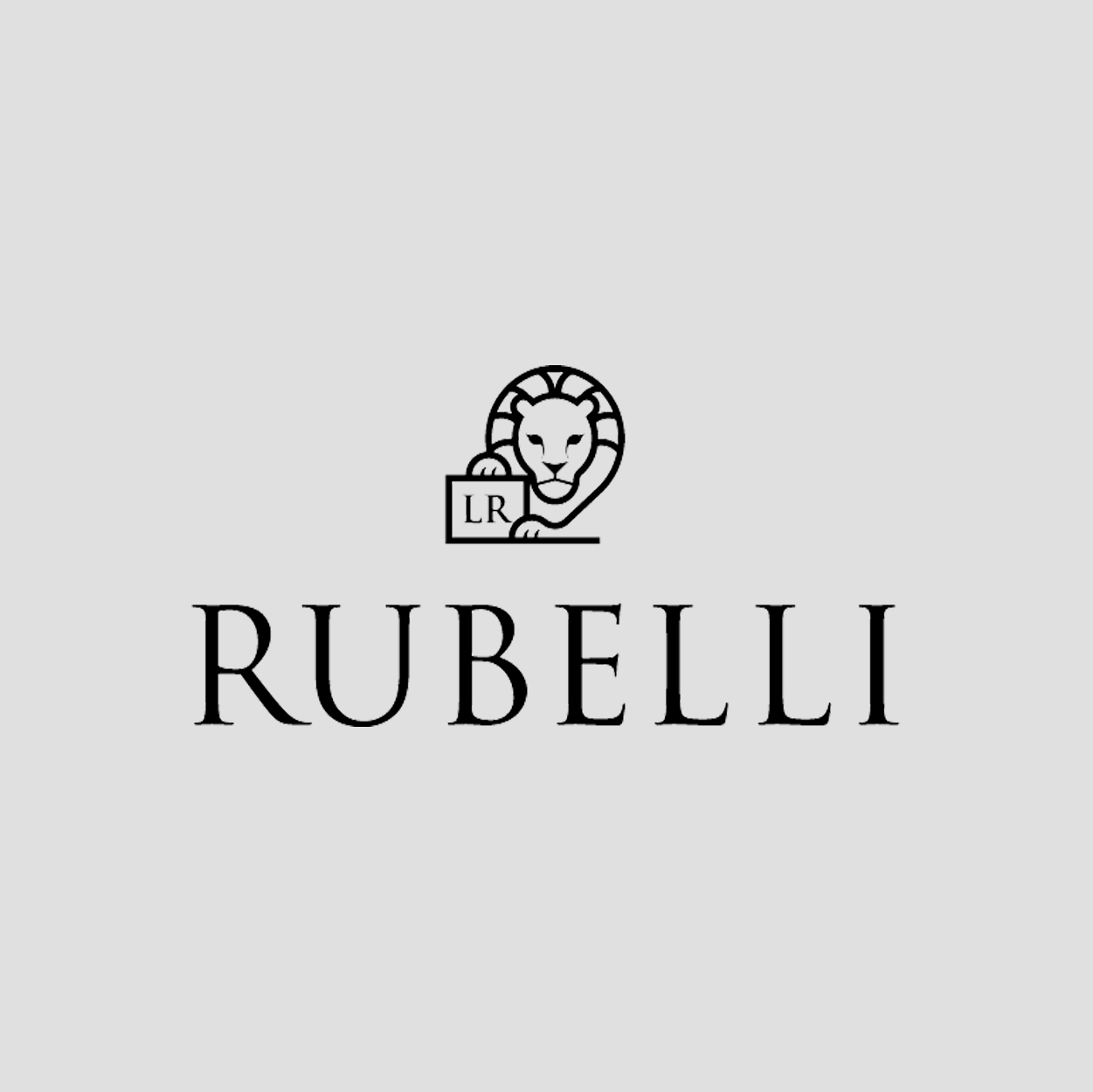 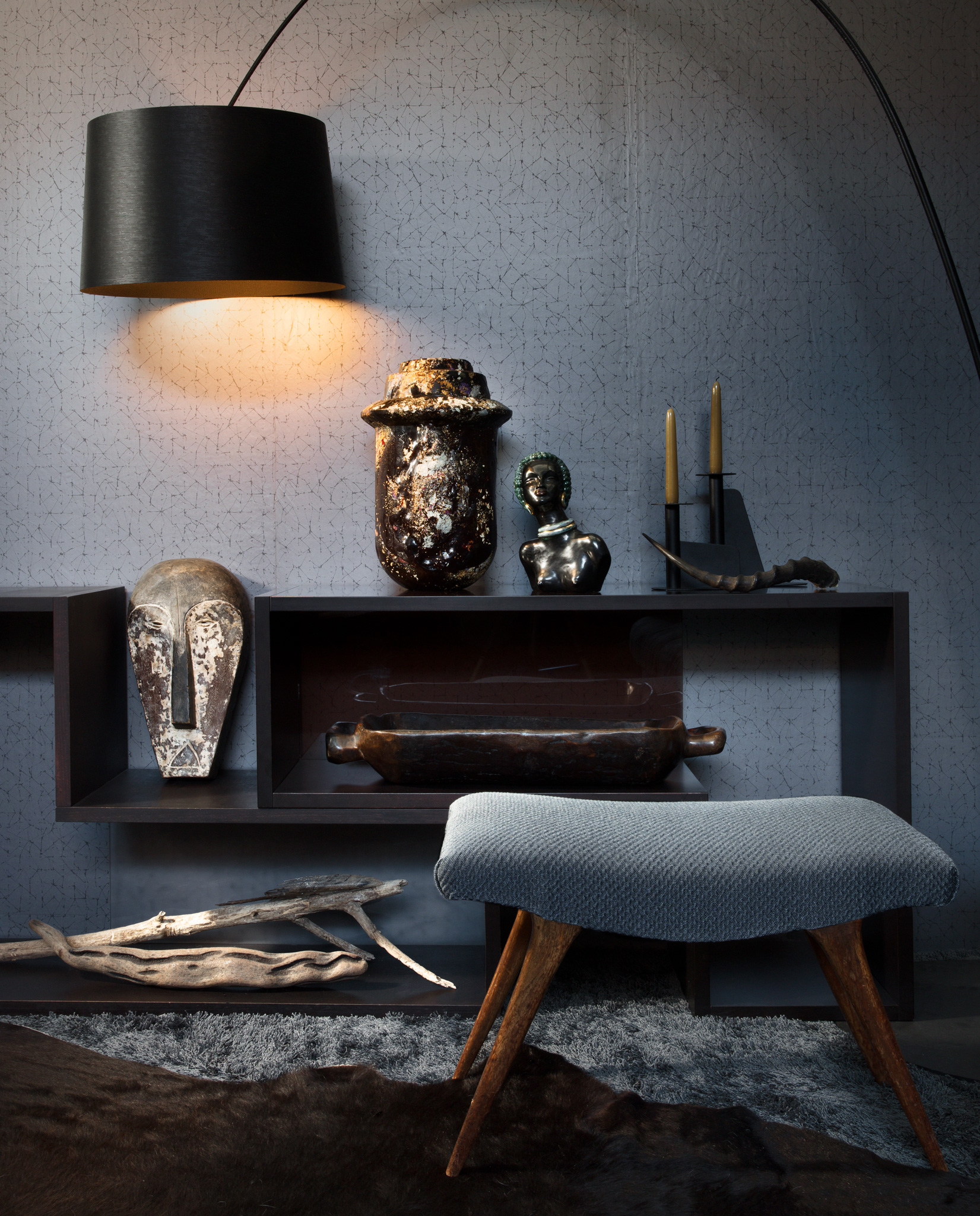 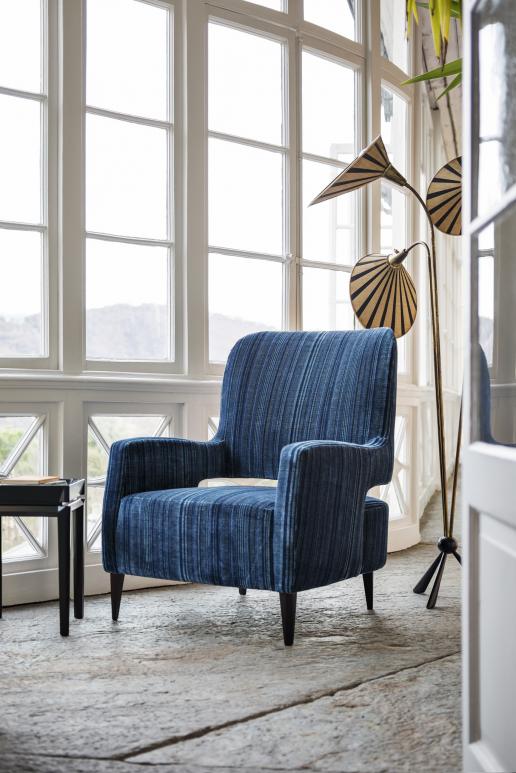 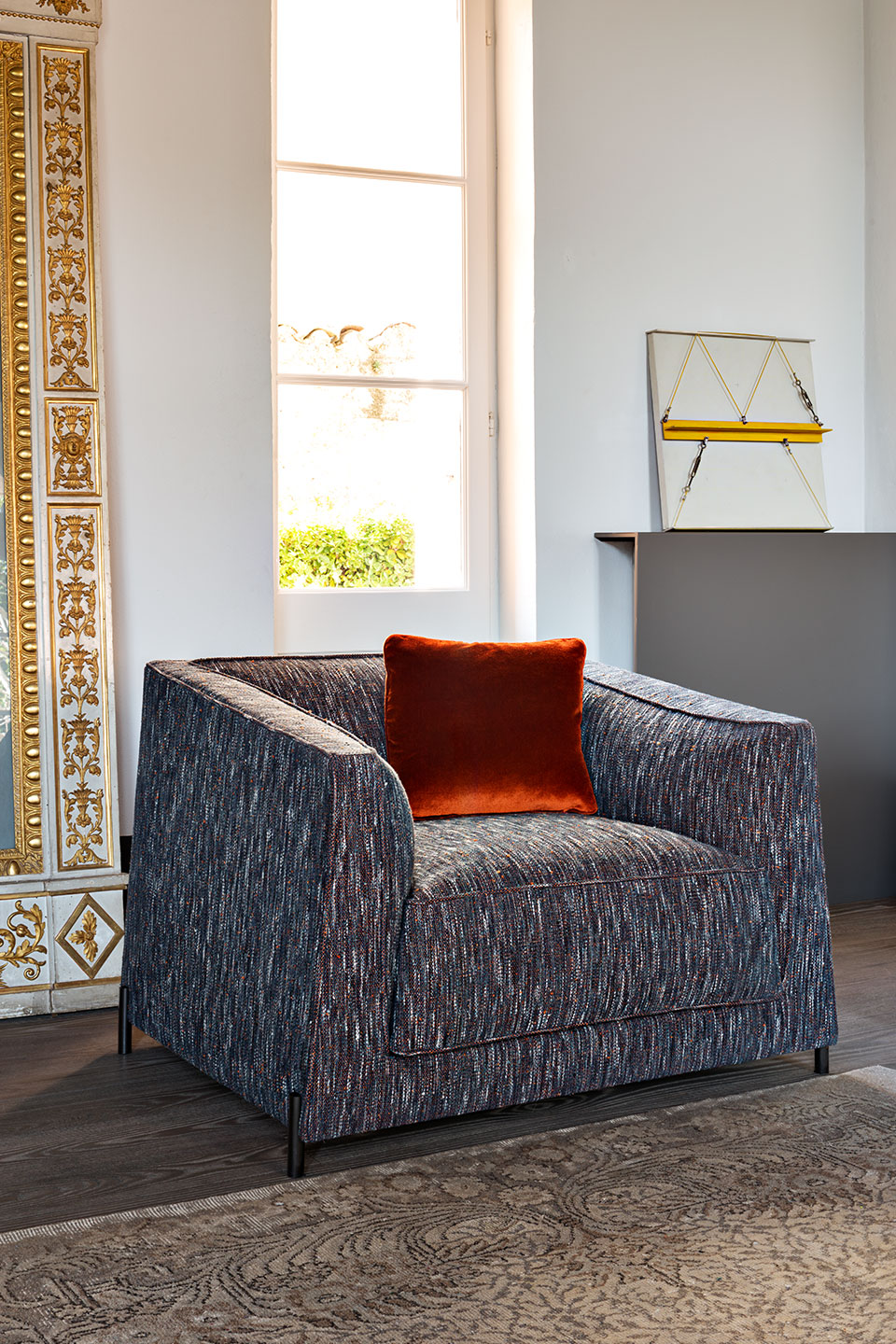 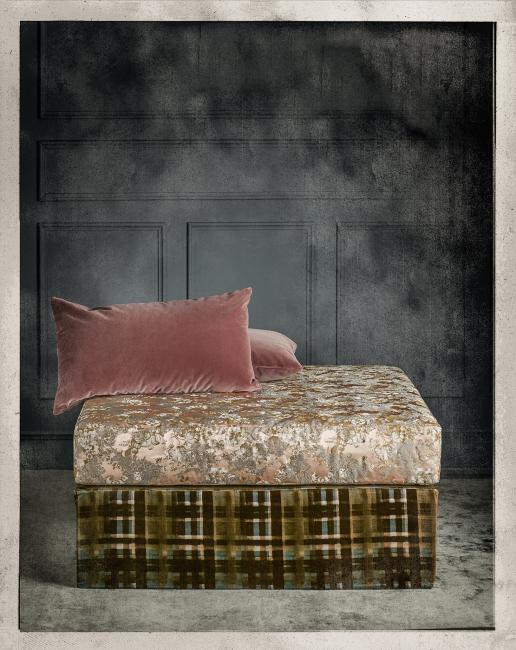 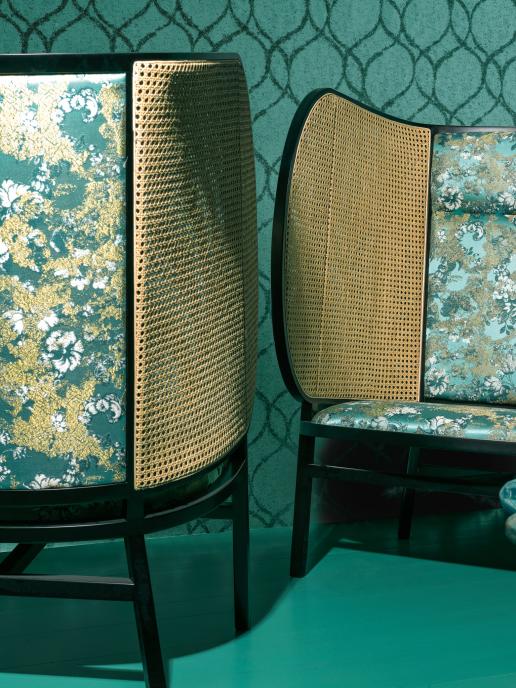 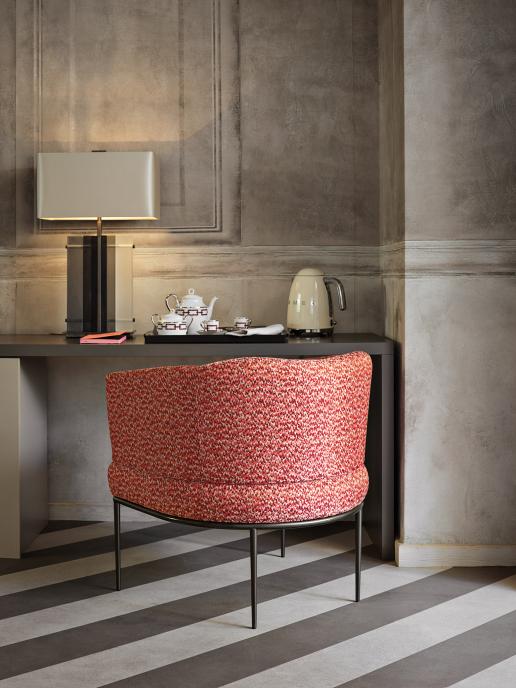 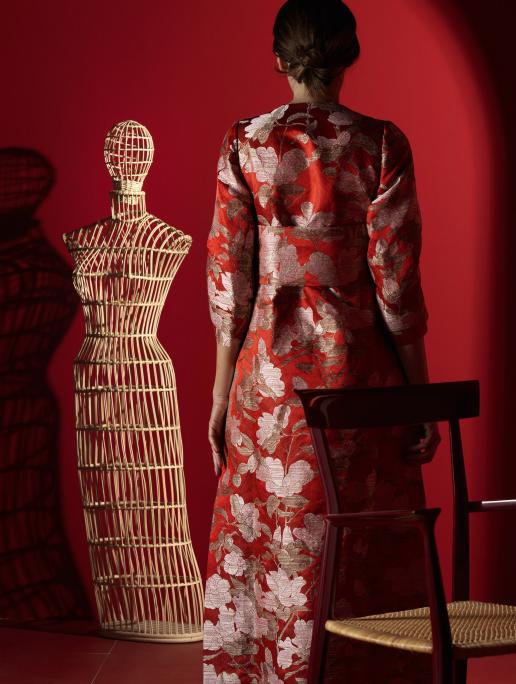 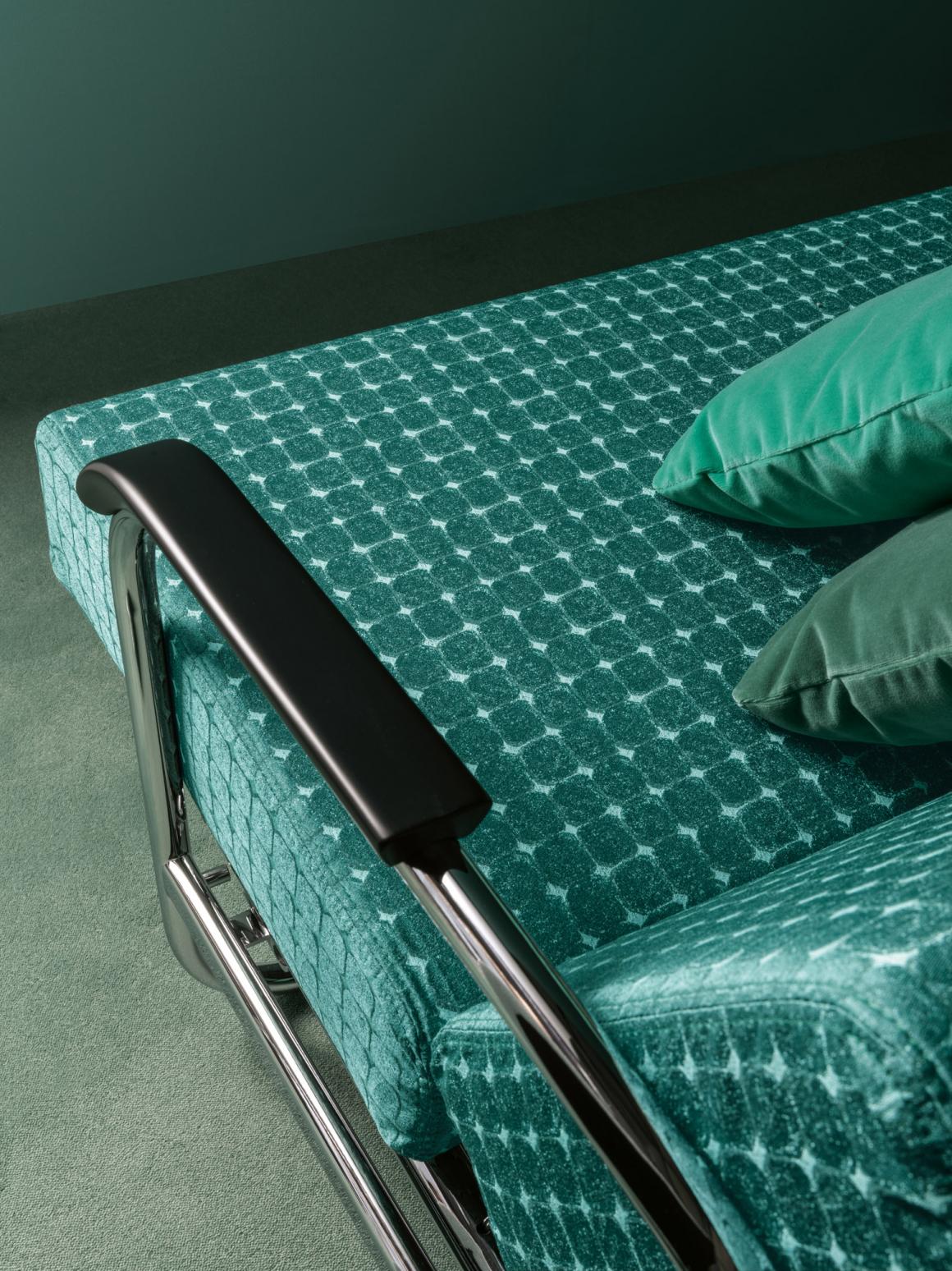 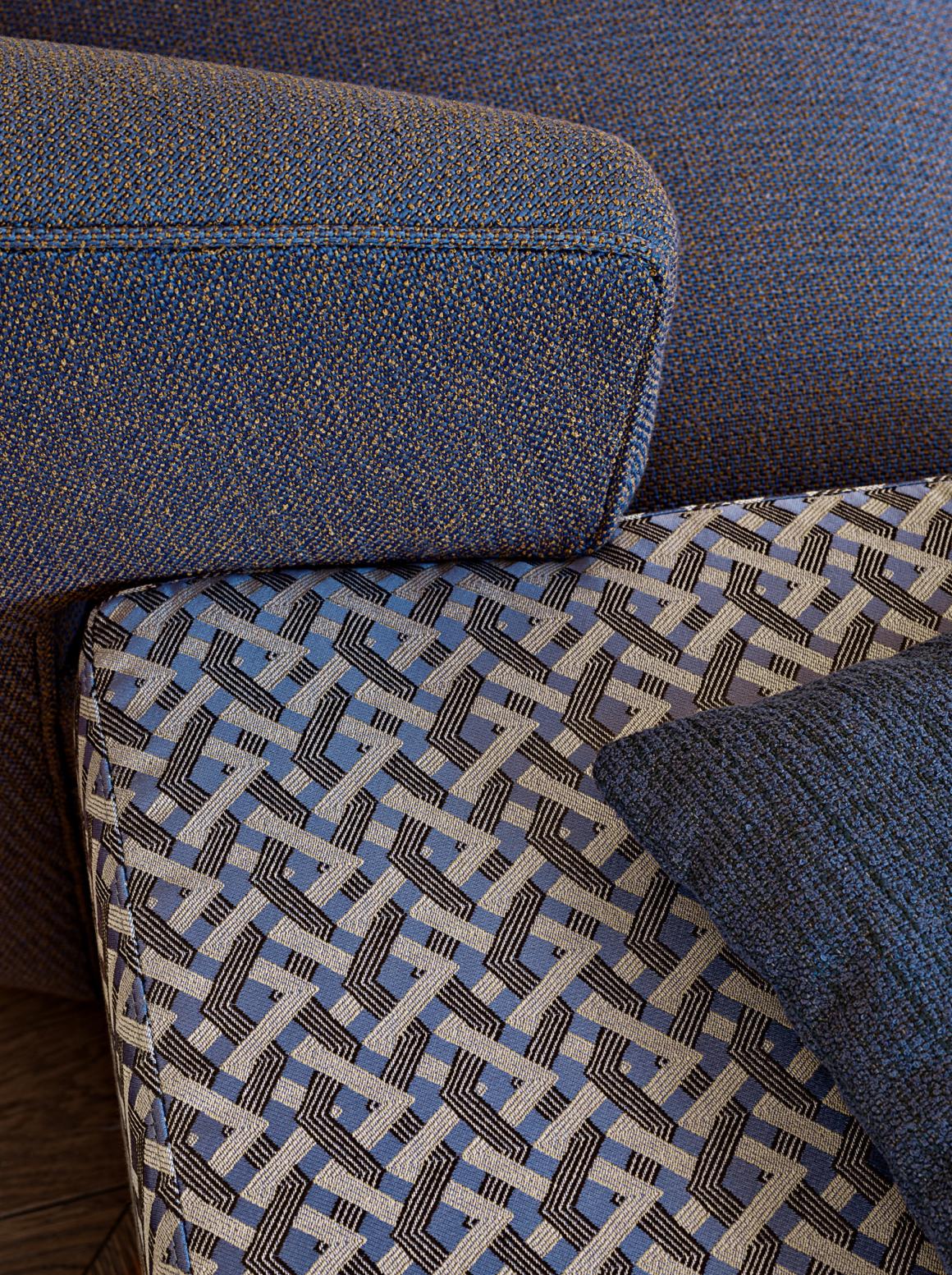 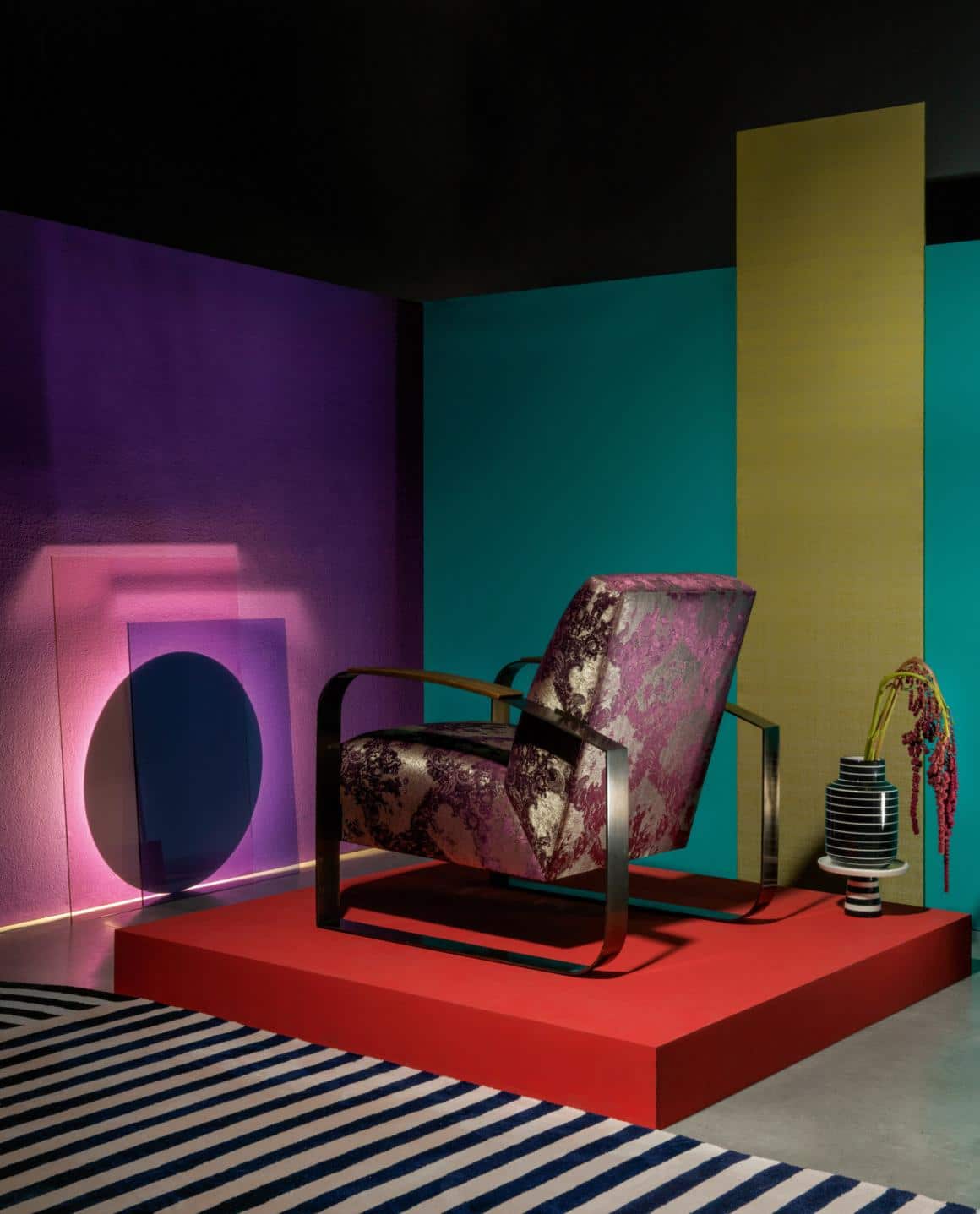 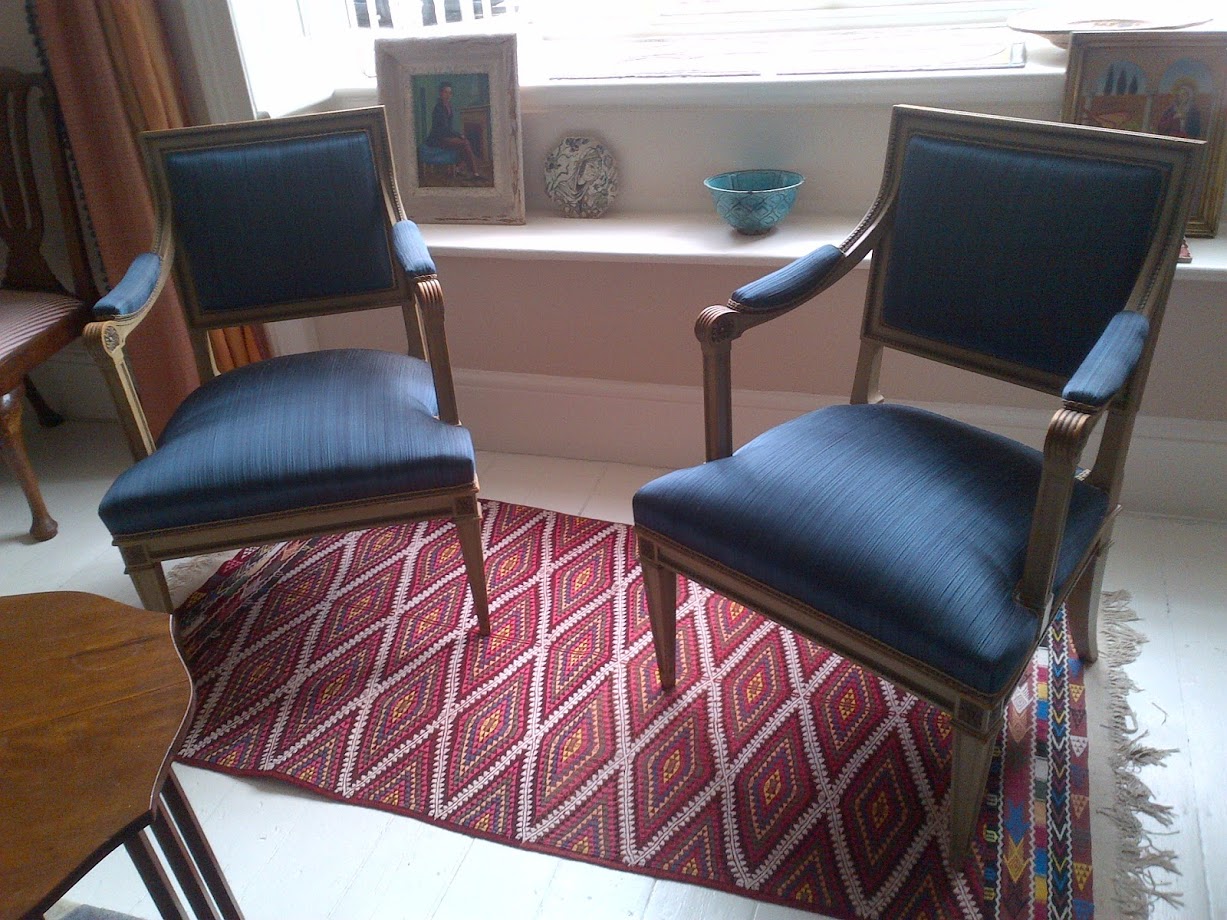 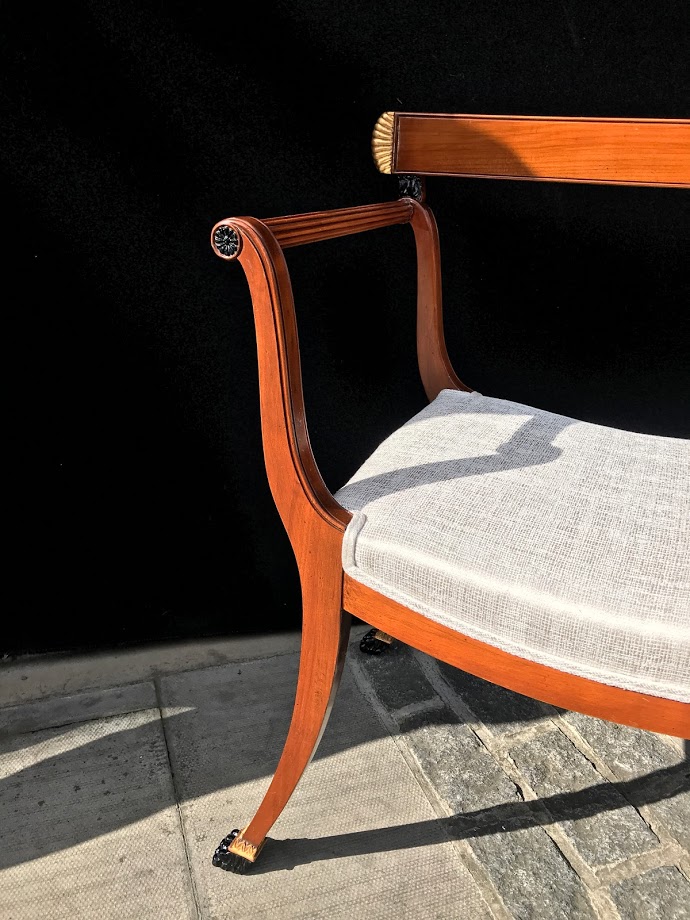 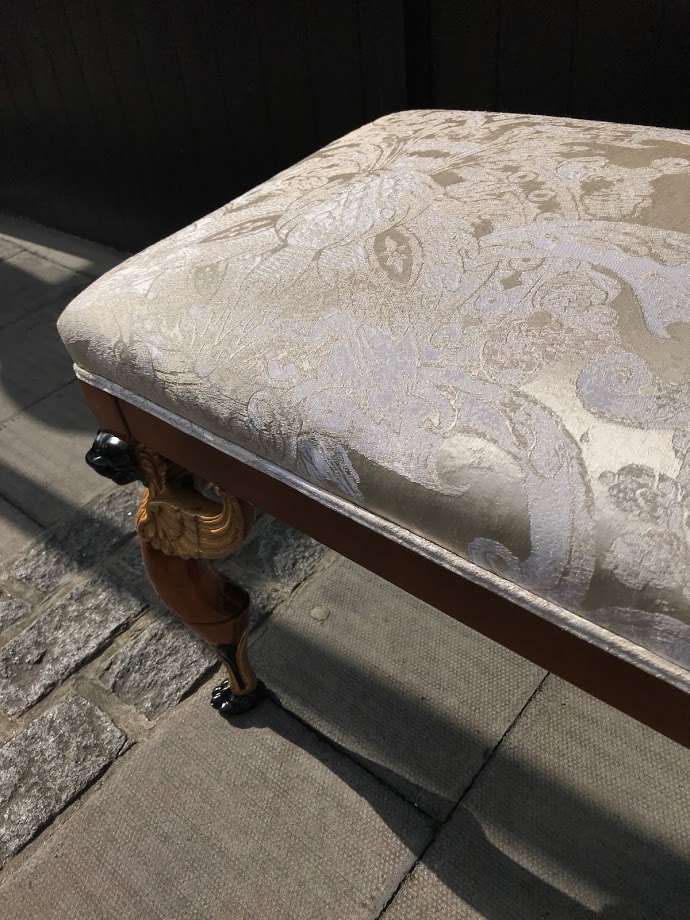 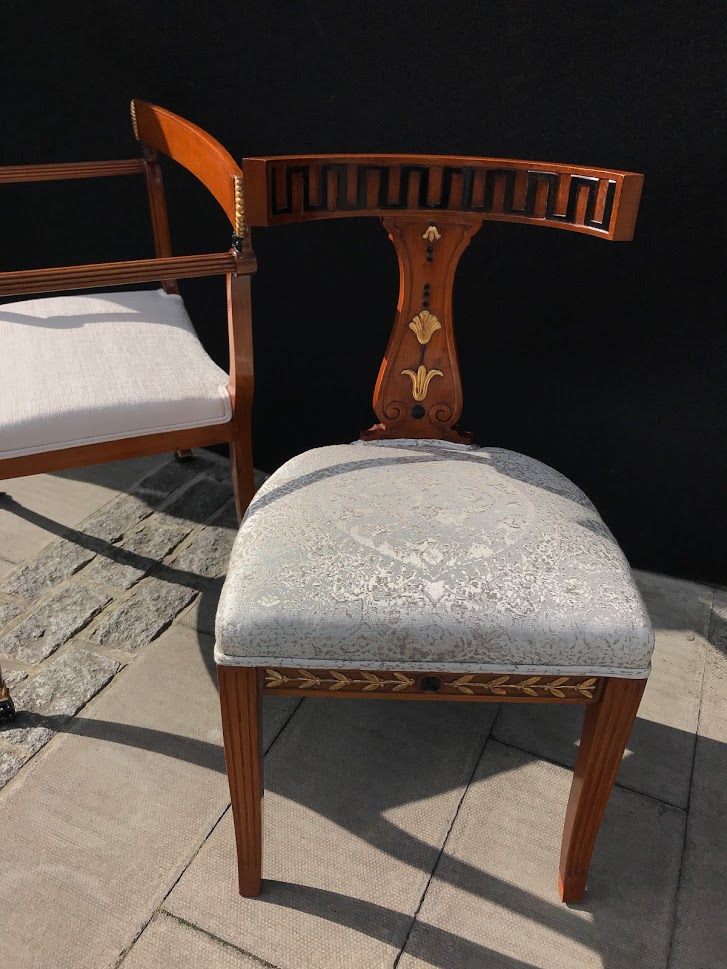 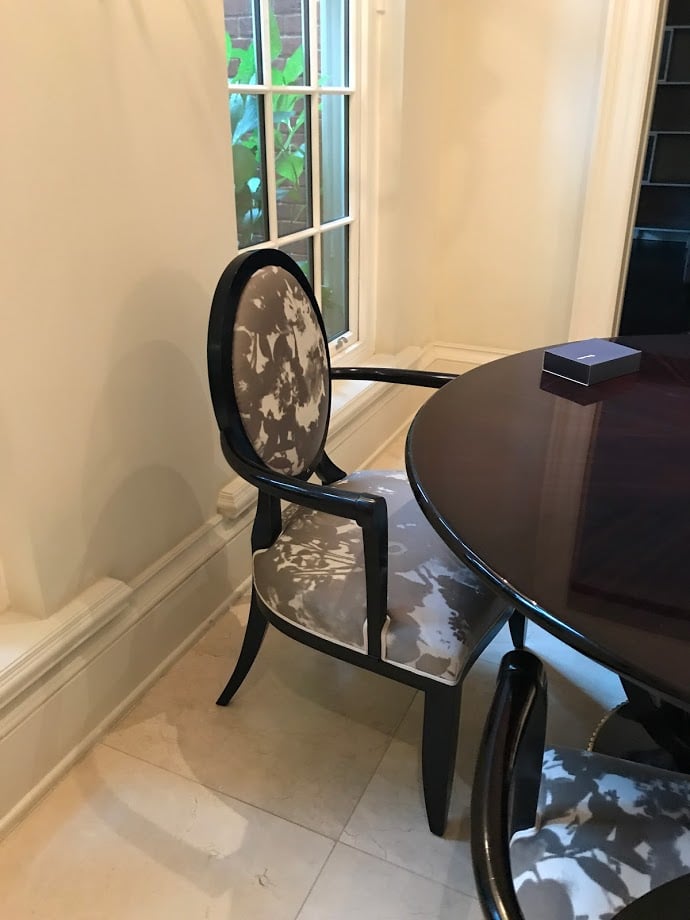 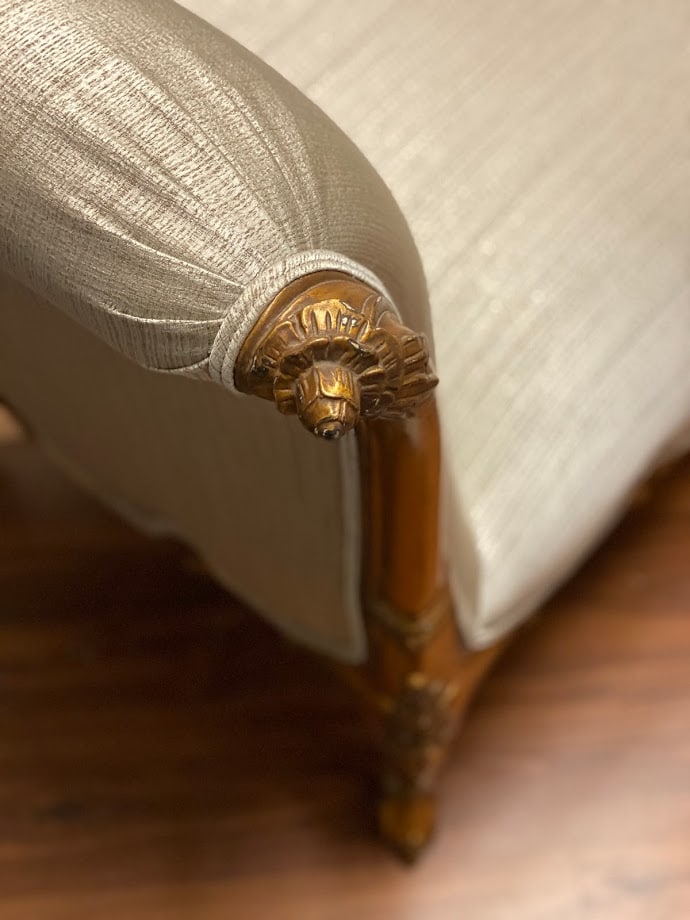 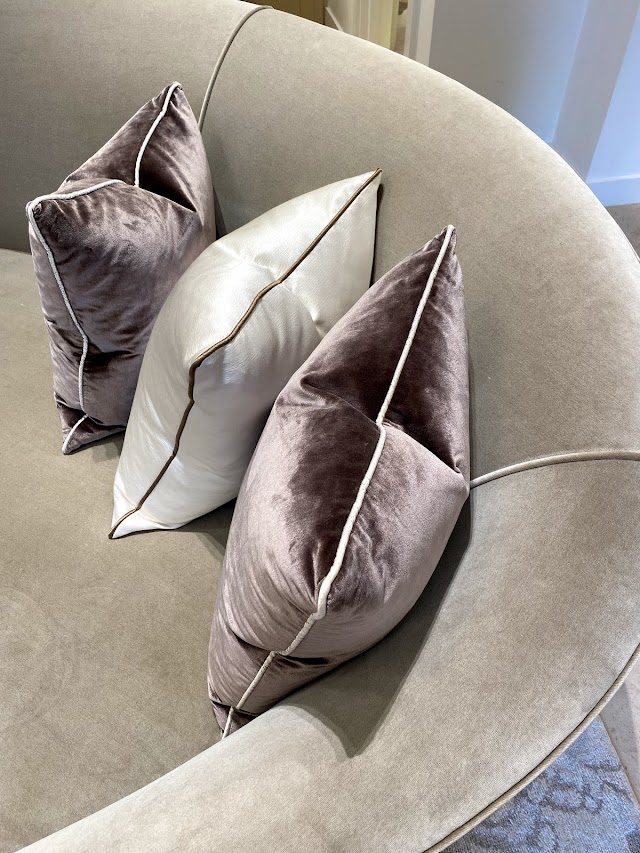 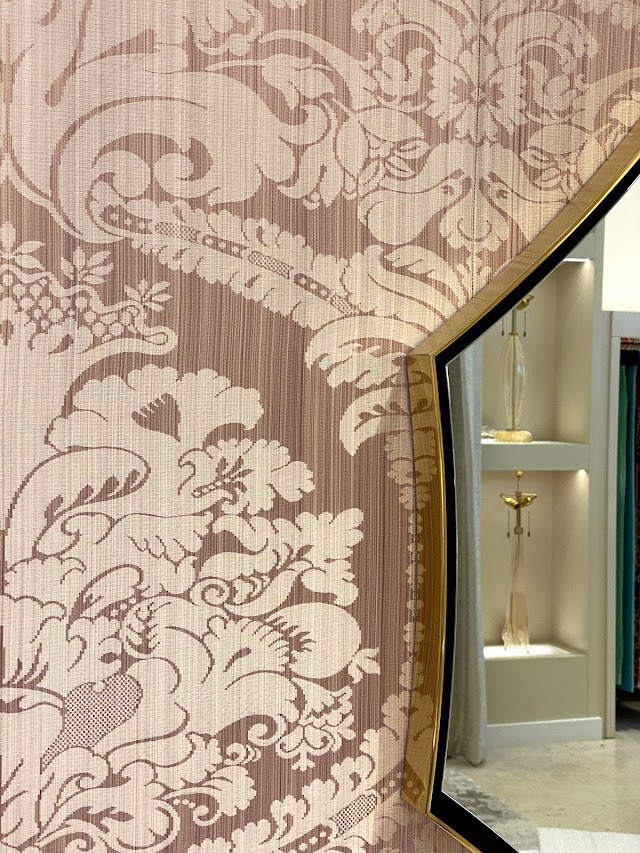 The Rubelli Group production covers textiles, furniture and furnishing accessories. At the Rubelli mill in Cucciago in the province of Como, formerly the nineteenth-century Zanchi mill, most of the Rubelli and Armani/Casa fabrics or the fabrics for major projects such as La Scala and the La Fenice theatre are produced. State-of-the art jacquard looms can manufacture materials for all types of furniture in natural, synthetic fibres as well as flameproof fabrics in Trevira CS for the contract sector.

Rubelli Venezia presents some of the most fabulous, sumptuous and extraordinary interior decoration fabrics in the world. Notable amongst them are the hand-woven silk brocades and cut velvets: Carpaccio and Corsini. Equally outstanding are the numerous lampas fabrics like the Figaro the patterns of which are lined up on the taffeta ground, are taken from an 18th century embroidered waistcoat, housed in the textile museum of Palazzo Mocenigo in Venice. The salient features of Rubelli Venezia Figaro are the elegance of the late eighteenth-century spirit and the sophistication of the carefully crafted textile details, designed to re-create the effect of the embroidery. Staying with the 18th century Madama Butterfly is a rich silk lampas with various metallic weaves on a rich silk ground. A series of pagodas, branches, blossoms and other elements run across the surface with an elegantly winding movement to form a sophisticated ornamentation. The fabric was born of a study of the qualities of the sheen, which can be obtained through the use of different metallic weaves, including the combination of silver and gold. The inspiration for this silk lampas comes from an original brocade from the second half of the eighteenth century, kept in the Rubelli archive.

Rubelli’s latest collections include the inspirational Beat with vibrant colours that add movement to the surface, making it a real kaleidoscope of colours. An almost psychedelic and shimmering decoration for a micro and fantasy pattern, inspired by multicoloured Venetian beads. Domus presents a cotton and viscose jacquard with a geometric pattern comparable to large mosaic pieces, reminiscent of the typical floors of the Roman domus. The harmonic rhythm of a timeless pattern whose weave and shiny/matte contrast create an unusual raised effect. Nirvana is a closely packed grid of unbroken zigzag lines which endlessly intersect, covering the entire surface of the fabric. The Rubelli Nirvana fabric is made with matte yarns on a shiny ground, that create a dynamic effect. Ming is a silk jacquard with unusual scenes, taken from the rich eighteenth-century repertoire of chinoiserie, that become coloured silhouettes in silk and stand out against a particularly luminous metallic ground.